How To Turn Your Twitter Feed Back Into A Real Timeline (Finally!)

(Wow, that’s a sentence no one’s read in a while.)

The newest twitter update (rollback?) brings back the one functionality that more people have wanted on the platform than just about anything else.

It started with … what else … a tweet. Twitter CEO Jack Dorsey retweeted what he thought was a cool hack.

Basically, he was promoting a way to return to Twitter’s original chronological timeline. Not only that, but he was pointing to a pretty convoluted way of doing it, hacking a workaround for something that should have never been removed from Twitter’s basic functionality.

You know what happened next.

Hundreds of Twitter users chimed in to tell @jack what had been falling on deaf ears for so long: just fix it!

And to the complete shock of the digital universe, they did.

Twitter started out way back in the day by showing you what people were tweeting in real time.

In Q1 of 2016, the company made “recommended tweets” the default option for the timeline and there was no going back. 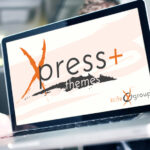 Why Xcite’s Xpress Themes Are Xcellent 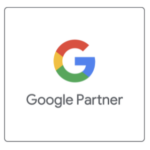 Team Building In The New “Work From Home” Environment

Why Xcite’s Xpress Themes Are Xcellent
Why Should You Care About Impression Share?
Team Building In The New “Work From Home” Environment
We Interrupt Your Scrolling With Some Epic Tips & Tricks For Your SEM Campaigns
The Xcite Group Awarded by Clutch as One of the Top Advertising & Marketing Agencies in Denver 2021