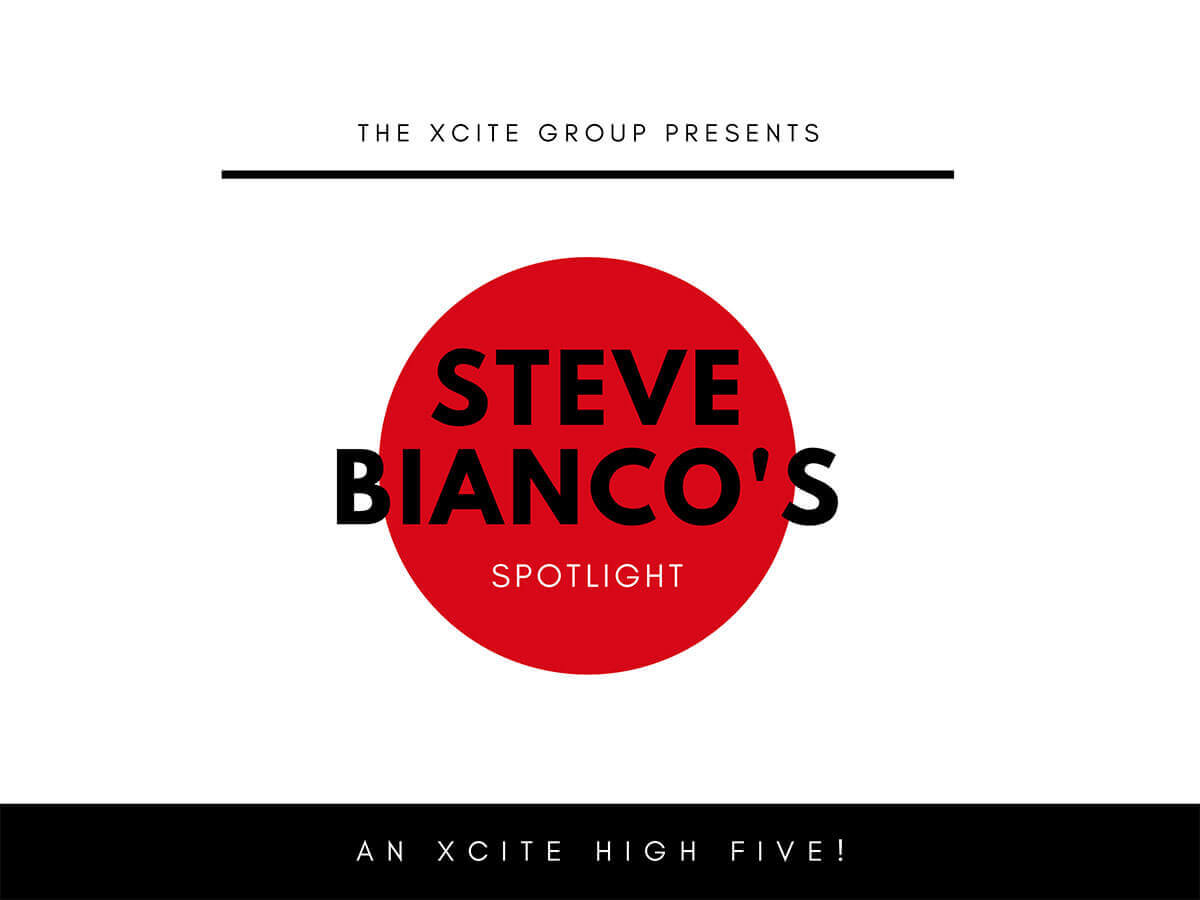 INTRODUCTION TO STEVE BIANCO OF THE XCITE GROUP 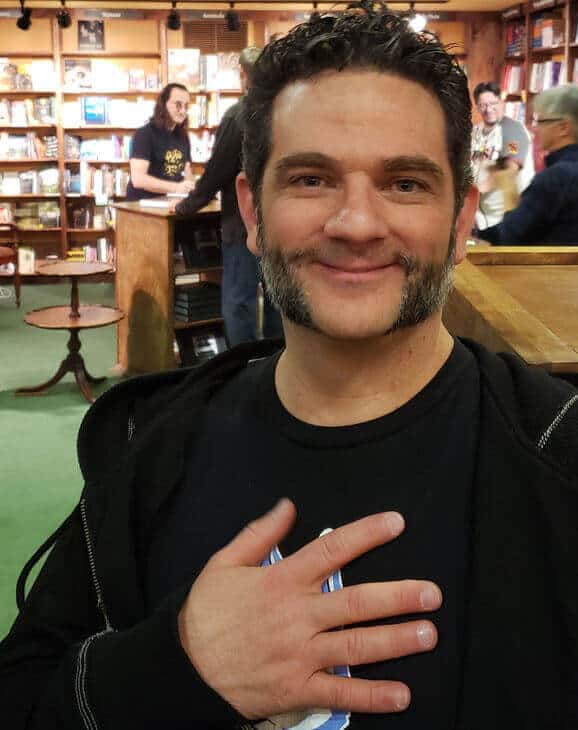 They say Geminis have split personalities AND Peter Pan Syndrome (someone who never wants to grow up)! Funnily enough one of Steve’s first responses to our questions was that he sees himself as two people in one, and one of the two is a little kid.

He says his least favorite food is seafood. ‘I just can’t do things like lobster, crab, salmon, whatever. But I absolutely LOVE sushi!! Yellowtail, eel, and I can do shrimp.’ This convinces us all that he is definitely a Gemini!

Steve has always admired and would love to meet, Neil Peart – the drummer from one of his favorite bands RUSH. He has a lot of respect for Neil, not only because of his amazing drumming/percussion skills but also because of his insightful lyrics.

Steve also told us that if he wasn’t a web designer, he’d be a comic artist or the drummer in a band. Interestingly enough, all of these things have a common thread that sews them together into what Steve brings to the Xcite team:

An artistic gift – His brain may be designing within the fascinating world of comics, yet the output of his creativity produces exceptional code!

A musically lead team spirit – Everyone knows the drummer of a band keeps the depth of rhythm flowing and Steve is without-a-doubt the backbone of Xcite.

Insightful care and wisdom – Just like Zig Ziglar said, “You never know when a moment and a few sincere words can have an impact on a life.” Steve genuinely cares about the people he works with; he’s always there with a joke or just to ask how your day is going. His impact on Xcite is immeasurable.

Steve Bianco is known to us as the “Wolverine” of the web dev team. He is not scared to take on a challenge and always comes out on top. He is the social glue that connects all of the people at Xcite. He has played that role from the time he arrived and continues to be an outlet for anyone at any time to laugh, talk, lament, or anything else.

The creativity and attitude he brings with him every day make Steve a valuable asset to everyone. From his knowledge, work ethic, and willingness to learn, to his commitment to help anyone at any time and obviously his hilarious antics, Xcite wouldn’t be the same without him!

Patience is the key to life.

Did You Know This About Steve?

A LITTLE SOMETHING FROM THE MAN HIMSELF

I’m not one for the spotlight, but I am always one for the team so I’d like to tell you a bit more about me in case you’re a curious cat.

I know that I have superpowers (don’t we all?) and mine is making people laugh, although I do wish I could fly! I see myself as determined, though some see this as stubbornness. If I set my mind on something I will accomplish it one way or another. I know that I will learn and always adapt to whatever arises. What can I say, I am what I am and love what I love.

A WEE BIT MORE FROM ME…

When asked, I’d say humor, sarcasm, music, art, and reason are all things that I can’t live without. But I’m a feelings kind of guy so the relationships I’ve nurtured and cultivated over my years of life are really what I can’t live without. The people I care about the most are the people that keep me going; the ones who push me and inspire me to always strive to be a better person. Three of my closest friends are in NY and we connect with each other weekly.

I’m a huge fan of great bands like RUSH and TRAPT, and if I had a band of my own, the debut album would be called Rhythms of the Heart, and the hit song would sound something like Walk on the Ocean by Toad the Wet Sprocket. For now, I’m thinking about picking up a new computer and what house to buy when I get lucky and win the lottery. I’m a compassionate, goofy, and sensitive guy who loves a good Scifi Fantasy. Mispronounced words in English are a pet peeve, photoshop and 3D are among the most innovative inventions of my time, a younger me would say ‘lighten up Steve’ and if I ran my own business, it would definitely be a comic book company.

If it ever happens that I don’t show up for work, don’t worry, know that I’m staying true to myself and I’m either in Japan, exploring monk monasteries in China or visiting another galaxy! I may or may not return…

WHAT THE XCITE TEAM SAYS

You’re one of a kind.

We are grateful to have you.

One of the elements of having a great team is the individual contributions each member makes. Steve is one of those people who can bring humor and a good time to anything while still making sure the work needed gets done. He lightens up the mood when he’s involved and I enjoy working with him when I can! 🙂 – Mo

While Steve and I don’t cross paths professionally all that often, I’ve always enjoyed working with him. He has always gone above and beyond to help figure out web solutions that work great for our clients and help the marketing team do our job more effectively. On top of all of that, Steve has one of the most energetic, upbeat, and all-around fun attitudes you could ever ask for and is always a blast to talk to. And boy, can we talk! Star Wars, music, made-up characters from 2 different fandoms (Ahsoka-Ro!!!), no subject is off limits when we get going! Steve is a really great co-worker, but an even better guy and someone I’m glad to call a friend. – Brun

If you are looking for someone who can crack jokes with you, always reference movies in chats, tasks, or everyday conversations, or someone who is creative in his solutions in web design, then Steve is your guy. I have worked with Steve on multiple projects over the years and I am always appreciative of his attention to the client’s goals and objectives and incorporating that into his website designs. He’s a great asset to the Xcite team! – Jen

Steve has been my superior in design and codingwisdom for my last 5 years at Xcite. Day one he took me under his wing as a young padawan and taught me the ways of the Xcite force. He was patient and kind as I learned WordPress from the ground up and always took the time to ensure I understood my code to constantly be improving. With his expertise I couldn’t believe I had created my first custom website within the first month of being with this new company.

Since then Steve has helped me grow tremendously as a designer and developer with his helpful guidance and assistance. He is always eager to help with anything I ask, even if it’s simply the next line of the song…”Big Ol’ Jet Airliner!!”

I always look forward to getting constructive feedback from Steve because it is always unexpected and out of the box. He provides a different insight I never would have caught on my own. I am extremely lucky to call Steve one of my favorite mentors and amigos. The greatest teacher, Steve is.

Steve is a brilliant and talented designer and developer. His clever eye and creativity are seen brightly in all of the websites he designs and builds. Similar in looks, charm, and wit to Doctor Strange, Steve has the innate ability to see into the future and know when something will not work so we can address it early before things go south. When the dev team is in trouble and lost in miles of lines of code, Steve captures his inner Captain America and leads the team out of the trenches. – Kayla 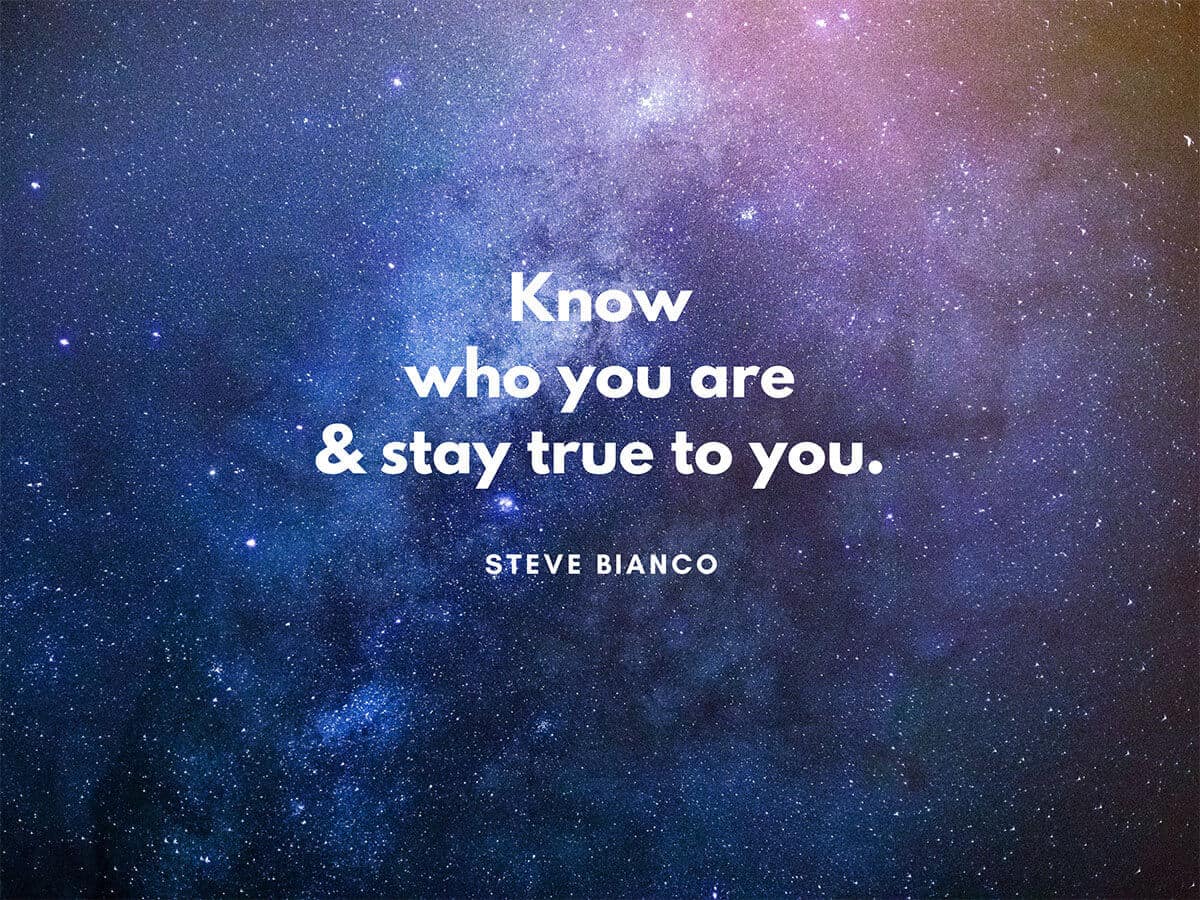 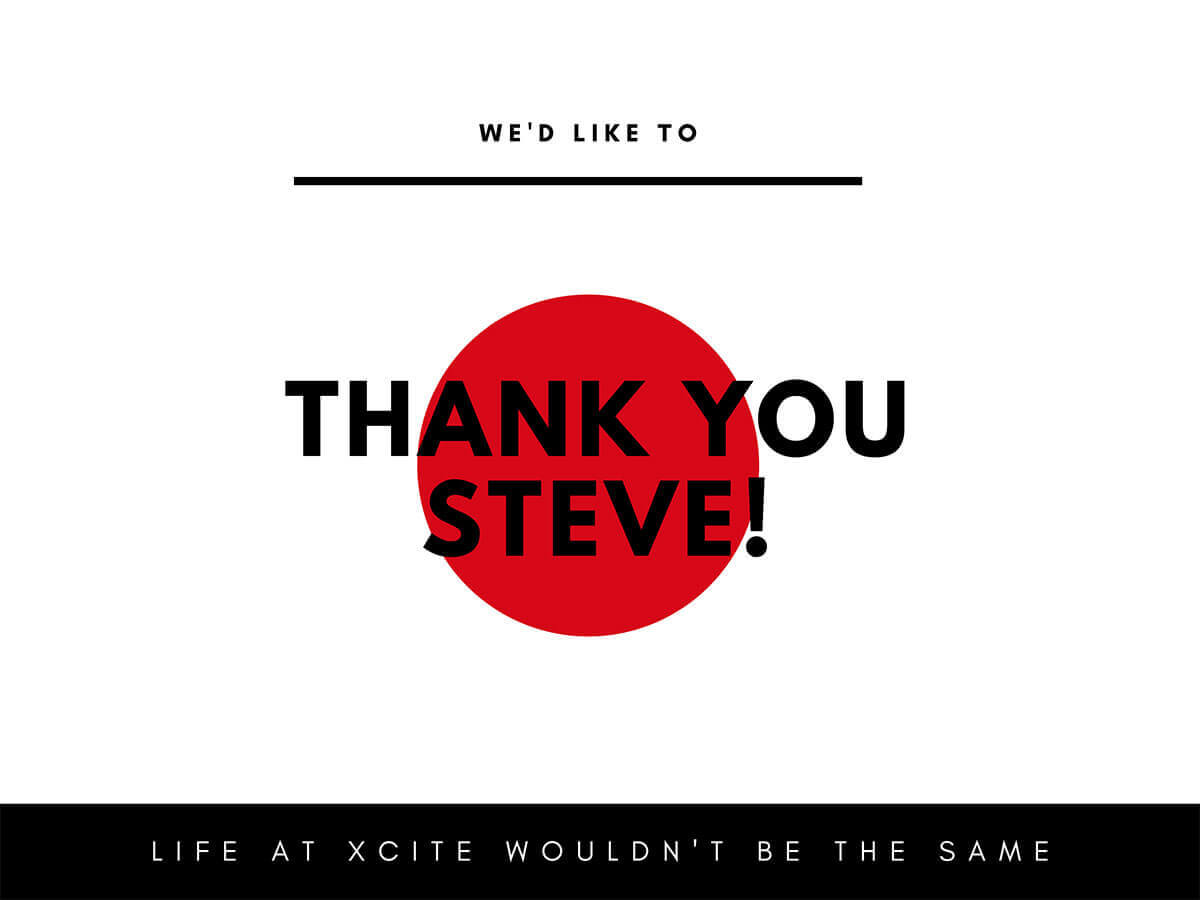 Video Marketing Tactics and Strategies from Xcite
OTT/CTV: A New Way To Advertise
Three Pillars for Client Success
Clutch Names The Xcite Group as a 2022 Top PPC Firm in Colorado
8 Things to Consider Before Investing in a Website Design or Redesign